My name is Ana Menchen.
I’m presenting my new photography project about the colonial influence in Wessex Estate, Singapore.

Several houses of this colonial neighbourhood are shown in this project. The British army left Singapore in the 60’s but some of its urban heritage has been preserved. Such is the case with these 26 government-owned and beautifully-designed apartments. Built in the 40’s for the British army, the houses keep nowadays some names printed on the fronts of each building which displays names referring to the military feats and battles of British history.

I focus on defining the location of these well-known battles fought by the British Army in the past. Art directing a new-type army, I place a crew of cool young Singapore-based humans to highlight the aspect of the desired future without wars. I look for a sense of defiance in my work as a representation of the current revolution towards change, peace, and cultural knowledge.

How would I like to see people heading to these events these days? Peacefully.

I’d like to thank the crew for the great work. In particular, Assistant Director Caye Abad for her amazing role on set. Also, I’d like to mention Rodolphe De Konick’s paper on the topic as this has been the main source of information for my research. 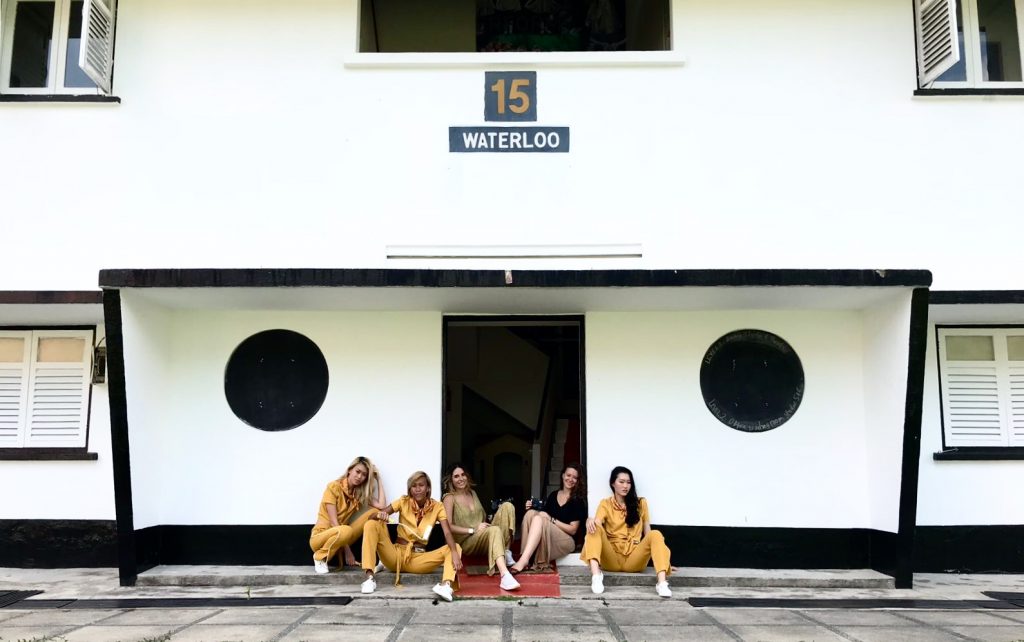